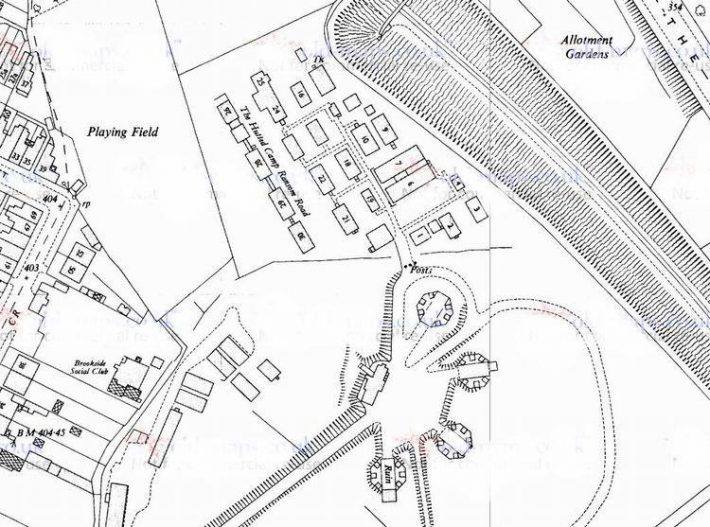 Paul Key, a member of the ‎Mapperley Local History and Preservation Group recently posted about the anti-aircraft defences that were installed in Mapperley during World War II.

These were in the area of what is now the Nottingham Academy on Ransom Drive. On the left of the map (at No 404) is where Blyth Street meets Staples Street. The embankment on the right shows the railway entrance to the Sherwood Tunnel.

As a child, I lived almost opposite (on Woodborough Road) in the ’50s, and I remember my parents and grandparents reminiscing about the ear-splitting noise those guns made when they were fired. There was also a military camp / barracks near where the Walter Halls School now is, and after the war ended, the huts were used as temporary accommodation for local families well into the late ’50s

I remember the day in the 60s when a wrecking ball knocked down the air raid shelters at Walter Halls. We were in assembly and had strict instructions not to look out the windows at all the excitement. Spoil sports!

The Mapperley Local History Group is on Facebook via this link https://www.facebook.com/groups/MapperleyHistory/