Having spent a good chunk of his life in the theatre business, local historian Bob Massey was doing a bit of research into some local equipment suppliers, when he came across an advert for the sale of stage curtains in the local area dated in the 1930s.
The owner of the company selling the curtains was Alex Toole, a scenic artist working in theatres all over the country.

The first mention of Alex Toole is in 1902, when he was a music hall artist listed as an ‘eccentric comedian’. He appeared at the Croppers Palace of Varieties in Ashton under Lyne along with a Burlesque artist, a male singer, a ‘descriptive artist’ and another comedian. He may not have been that good or his other talents were in more demand as he does not appear as a comedian again.

In September 1909 he is listed in the Barnsley Chronicle as one of the scenery artist responsible for the sets of the play at the local Theatre Royal and Opera house. At this time Alex Toole was living in Mansfield.
During World War I, he may have served in the Lancashire Fusiliers and suffered a shrapnel wound in July 1916. On his return to England after the war he returned to work in theatre and is listed on the pantomime Sinbad the Sailor at the Northampton Opera House in 1919. The fact that he is shown on the publicity is a recognition of his skill as his name and reputation would help sell the show. He appears the next year at Wigan Court Theatre with Mother Goose and then toured with a comedy ‘His Ignorant Wife’ from April to December 1920.
By 1925 his talents were in demand and scenery and cloths painted by him are advertised for sale. His name as the artist is used in the adverts as a recognition of the standard of the work.

For some reason, by 1929 he has retired from touring and settled down in Mapperley. His house was called ‘Arcady’ and was on  Beech Avenue,  where he ran a studio making, painting and selling sets for shows of all types. Perhaps his war wound had made the touring life difficult.
Was he well known in Mapperley?
Beech Avenue was then at the furthest point of the built up area of Nottingham. Much of Mapperley Plains was undeveloped. 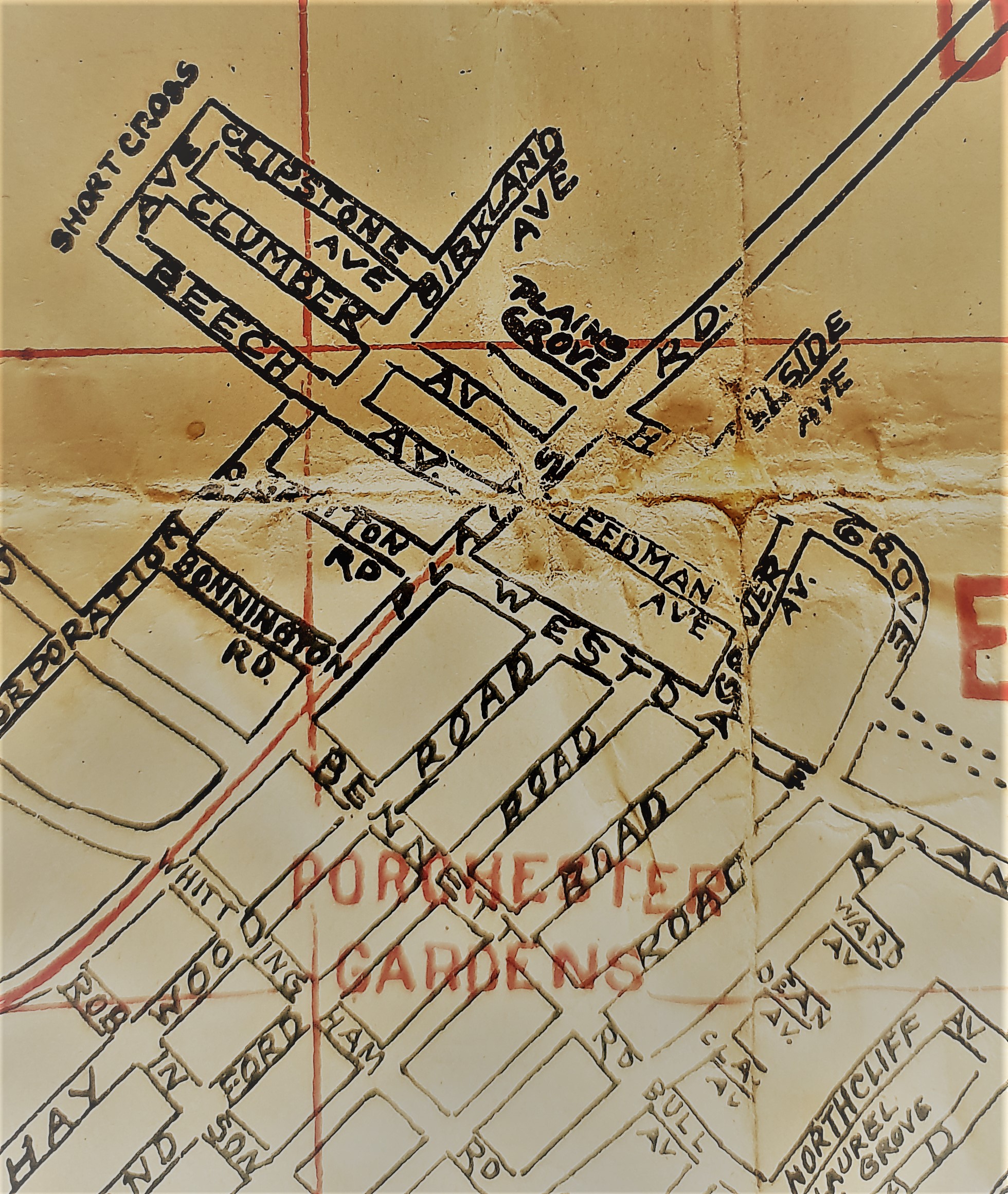 The work of Alex Toole was advertised widely and included in a show Cinderella at the Theatre Royal in Waterford, Ireland in 1932. The last advert for his business in Mapperley appeared in The Sheffield Independent in 1935.

Alex Toole himself is a bit of an enigma. Although his career as a scenic artist is well recorded, his life is not.
The only Alexander Toole in the records for the time was a coal miner from County Durham, whereas our Alex Toole appears to have Lancashire origins.
Maybe ‘Alex Toole’ was his stage name which he retained for his business.
At the moment it remains a bit of a mystery. If you know anything about him please let us know and we will pass it on to Bob Massey.