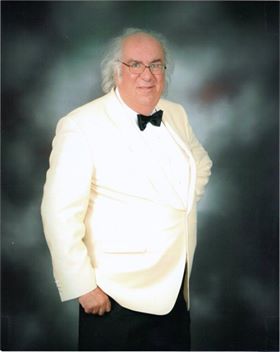 Story about a lost photograph on a Mapperley bus goes viral.

The Mapperley People community have a proven track record in reuniting people with their lost property. Pets in particular are often reported lost by their owners. Thanks to people sharing these posts many are found or identified. Parrots and even tortoises have been traced, thanks to the good people of Mapperley.

For those that have not seen the show, it was first shown in 2003 and every day a team of five friends takes on a team of five established quiz experts, known as the Eggheads.

Ben told Mapperley People, ‘Me and my friend Simon have always been big fans of Eggheads. Particularly Chris, as he lives in my home town, so there was always an obvious connection to him. Recently it was Simon’s birthday so as a bit of a joke I bought him a signed photo of Chris from Eggheads. I was actually off into Nottingham that day to try and get a frame for the photo. Somehow I’d managed to leave it on the bus and I thought I’d try and locate it through the Mapperley People group, on the off chance somebody else on the bus had spotted it.’

The story about the missing photograph was soon shared by well-meaning people.  Incredibly, within days, over 380,000 people have seen the post with nearly a thousand people sharing it. Messages of support have come from the USA, Australia, and even as far away as the Falkland Islands. Whilst the photograph has not been found, Ben is grateful for the messages of support.

Ben goes on to say ‘Next thing I know it’s being shared across the world and people were also telling stories of random memorabilia they’d also lost. It was quite the shock.’

Here are a few of the messages received.

Some responses were less sympathetic – Neal Wilkins messaged to say ‘I’m sorry but you do not have my sympathy. What the hell were you doing leaving the house with that treasure? It should be kept under lock and key, only making an appearance on your birthday or maybe a fancy dinner party. I bet someone has found it and is now sat in their pants staring at it thinking ‘I’m the luckiest person alive’.