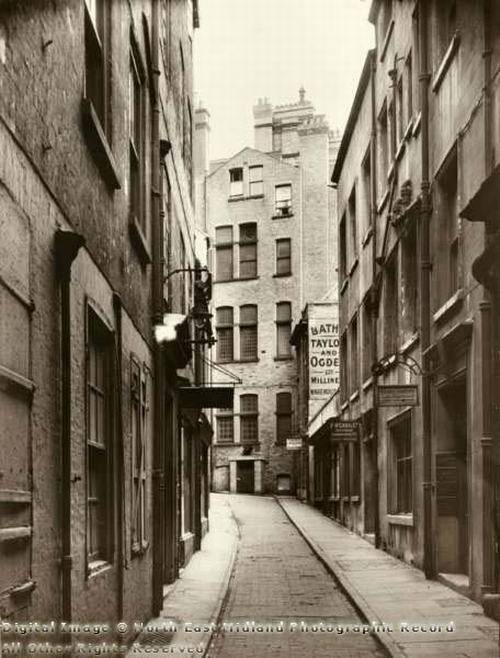 On March 27th 1833 a burglar entered the Mapperley home of Mr Shelton.

The burglary was discovered by Sarah Hill, a servant in the Shelton household. On entering the kitchen to prepare the breakfast, she found that the kitchen door was open. She had shut it before retiring the previous night. On entering the pantry she found that a pane of glass had been carefully removed from the window and the spring catch released from the outside to open the window. Just inside the window the larder meat safe was open. Before the days of fridges a meat safe was used on a marble slab. This was in the coldest part of the pantry and a door fitted with a fine mesh to let air in but keep flies out. Meat and other perishable food stuffs were stored inside. She found that the meat safe was now missing bread, cheese, a custard and a pork pie. The kitchen was now also short of a teapot, silk umbrella, silver cane, a hat, a great coat, a pair of gaiters, and various other small items.

There was a dog in the house but although in the kitchen at the time it did not bark. This was very unusual as it always barked at strangers. Another servant Sarah Newton discovered foot prints in the soil outside the kitchen window. Mr Shelton suspected the burglar to be a Robert Riley from Mansfield Woodhouse. Riley was a former groom to the Sheltons who had left some 3 months before. He was described as 5′ 9″ tall freckled and pockmarked with brown eyes and brown hair. His eyebrows were described as ‘meeting in the centre and his nose was crooked as if broken.’

On the night of the burglary, James Greaves the Nottingham watchman saw Riley carrying a bundle and an extra hat in Nottingham on Long Row at the bottom of Greyhound Street.

As it was 2.30 in the morning, he asked him what he was doing and Riley told Greaves that he was locked out and had come from Mansfield. The watchman offered him a seat in his hut and Riley shared a pork pie out of the bundle with him. Greaves then locked Riley’s bundle up for safe keeping in the Shambles (under the Exchange building where the Council House now stands). They sat and talked till 5am and then Greaves went with Riley to the Shoulder of Mutton pub and left him there. It would appear that Riley later reclaimed his bundle and then visited the Malt Cross the next day where he left it along with a hat and umbrella in the care of the landlord Joseph Mart, by whom he was well known. 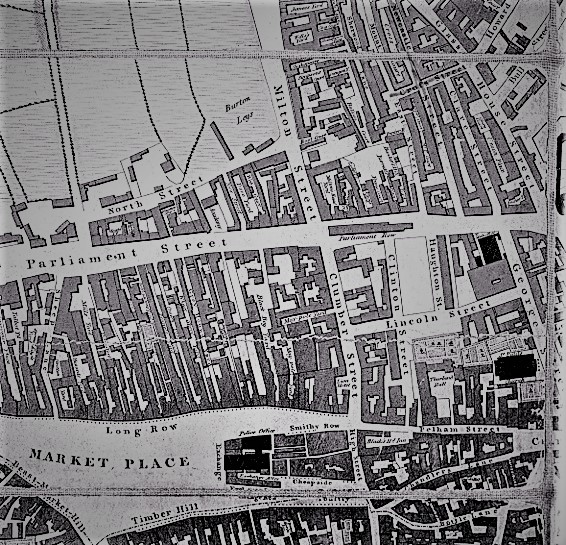 He was arrested and charged with the crime of ‘feloniously entering the premises of Mr Shelton’. When the case came to trial on 8th April 1833 it was shown that the shoe marks matched those owned my Riley. It was recorded that the Shelton’s dog was friendly towards Riley and did not bark when he was around.

After Riley’s arrest the bundle was reclaimed and found to contain all the missing items except the pork pie. The jury soon found him guilty and he was sentenced to be transported to Australia for 7 years. Robert Riley survived the crossing on the prison ship Fairlie which sailed on 14th October 1833. Riley served his time in prison and was released on 20th May 1840. He settled in Australia marring Johannah Keohane on 8 Sep 1841 in Nangus, New South Wales just a year after his release. He remained on the continent for the rest of his life and died in 1872 aged 63  in Gundagai, New South Wales.